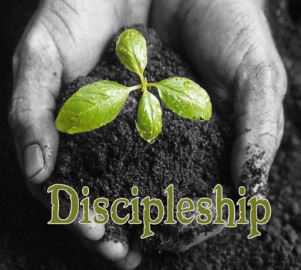 John was about 12 years old when his parents, Simon and Serah, asked missionary David Potter to dedicate him to the Lord along with several other children. The Church of the Nazarene had been meeting under a tarp in their yard for a year. During that time the children gathered for Sunday school and were taught by Serah and others.

John is the youngest of seven children, and his older brothers and sisters got involved in the church as well. One of his brothers, Paul, sensed God calling him to be a preacher, began to take classes at the Bible college, and later helped to start a new church at a different location. Paul had a strong influence in John’s life who admired his older brother very much.

John’s family life was a huge challenge to him. His parents often fought physically and verbally with each other. Two of his sisters had children outside of marriage and were dependent on the family’s meager resources. The family was unable to continue paying John’s tuition for school, and he was forced to drop out after sixth grade. Paul, began to turn away from his calling and the Lord and ended up living on a fishing boat not returning to Vanuatu for several years.

During that time, as pastors of the church, we continued to preach on Sunday mornings from God’s Word. On Wednesday evenings, we gathered together for Bible study and prayer. John was an excellent reader, and was usually present to help read the scripture passage. He also learned to play the guitar from his father, and became the church’s guitar player during the worship times.

It was during these years that the Lord began to speak to John’s heart, calling him to a genuine relationship with God. John’s friends in the community did not attend church and constantly pulled him toward a wilder life. Soccer became his focus, along with his friends, creating an even stronger pull away from God. The tension and strain were visible in his life.

About three years ago on a Sunday morning, after hearing a challenging sermon, John slipped forward to the altar to pray and commit his life to God. He enrolled in Bible college and took several classes along with other young men and women. He became friends with several of the students from other Nazarene churches in the area who were preparing for the pastorate. Being the youngest student, he looked to them as examples.

Two years ago, John was granted a local minister’s license. He was given various responsibilities within the church including the weekly youth meeting and preaching occasionally. His parents separated during that time, and his siblings were not walking with the Lord. As his pastors and Bible college teachers, we drew closer, offering help and prayer.

This last year was a year of remarkable spiritual growth for John. The local church decided to help pay for his Bible college courses if he would take on more responsibility as pastor. Along with that, we met with John and the other church leaders monthly to build leadership skills. We have met one-on-one in conversation and prayer. He received training as a Bible storyteller this year at a workshop conducted by Ray Neu. Since then, John has used storytelling to share God’s Word on many occasions and with many different people.

John’s spiritual growth as a disciple of Jesus is the result of many people faithfully obeying God by doing their small part to speak a word of encouragement or admonition into the life of a young man.

Making of a Christ-like Disciple on Efate, an Island of Vanuatu.

John, a teen, lives in a “yard”: a collection of corrugated tin houses. It is like a small village with extended family in each different unit. John attended the Black Sand Church of the Nazarene since the beginning of our pastoral ministry there, but for several years seemed indifferent to Wednesday night Bible studies and Sunday worship and preaching.

One Sunday, however, the Lord really got a hold of his heart. He realized that the Lord wanted to forgive his sin and transform his life. The difference God made in his life was clearly visible to those attending the church.

Often John has come to our house and worked in the yard. We would sit down with him at lunch and talk with him or ask him questions about his life or his family in order to strengthen the relationship. He had many struggles with his family situations. Eventually, his parents separated, both leaving the area. This created a great deal of financial hardship, his sisters looking to him to provide support for them.

John is a natural on the guitar and would lead the worship services. The Black Sand Church of the Nazarene confirmed the Lord’s calling on John’s life regarding ministry by giving him a local license. We began to call him “Pastor John.” He sought how to prepare a message from the Bible. We began to meet each Friday morning to share our struggles and temptations with each other, closing each session in a special time of holding up each other in prayer. He enjoyed and utilized the training, “Telling the Story,” that he received from Ray Neu at a weekend workshop. As a result, he effectively shares Bible stories with those around him and facilitates the discussion that follows.

The Black Sand Church agreed to pay Pastor John’s tuition and enrollment to South Pacific Nazarene Theological College. This has helped him to grow in the Lord, improve his ministry skills, and mature in Christ. John began to preach every other Sunday. He soon took over some administrative duties: the preaching, worship, church maintenance schedules.

It is with mixed emotion that we approach the end of our time of mentoring Pastor John at the Black Sand Church. It ended at the close of 2014, as we took on other mentoring responsibilities with other Nazarene churches in the area. We praise God for Pastor John’s growth in grace and maturity. Mentoring Pastor John has been challenging at times, but it also has been extremely rewarding to witness his gifts, graces, and skills develop as he follows our Lord and Master too. Helping John become a disciple has been our privilege.

—David and Sylvia Potter are missionaries for the Church of the Nazarene in Vanuatu on the Asia-Pacific Region.